If everybody knows how it's gonna end, why doesn't someone stop me?

Things that have made me smile recently:

My friend telling me about how her three-year-old son ran around yelling ‘Easter Egg Hunt’ …he mispronounced ‘hunt’ and said the letter ‘C’ instead of ‘H’.

After dyeing (there is a lot on google about whether it's 'dying or dyeing') my hair red, a boy I met at uni, (who claims to hate gingers -much to my horror), told me that when he saw a photo of my new hair colour he wanted to vomit. I found it hilarious. Douchebag.

Practising subject pronouns with a class and getting them to point eg. I (point at yourself) He (point at a boy) It (point at an object in the class) etc. Yelling Elephant just to see what they do….a girl panicked and pointed to herself. Yeah, I guess you had to be there.


…oh oh oh, I forgot about the Pedestrian story. The other day in class I was dictating a sentence to my students: ‘There used to be more traffic in the city center until they made it pedestrians only’. They all laughed a bit, I asked them if they understood, they all nodded. Any teacher knows that when an entire classes of students say they understand something, most of the time at least one is LYING! So, I asked them to explain the sentence to me, someone said ‘well, there used to be more people going into the centre, until the law said that only men who like young children can go there’. The rest of the class nodded along like it was obvious this was the answer. I laughed until I had to sit down.

And lastly, doing handstands while walking up the Cathedral tower in Seville. 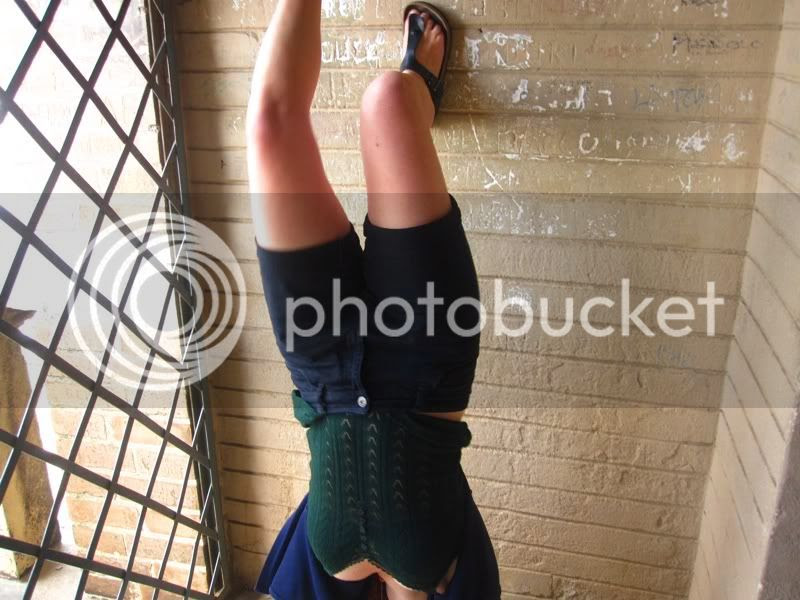