Here you come a-knocking, knocking on my door; I've never met a girl like you before 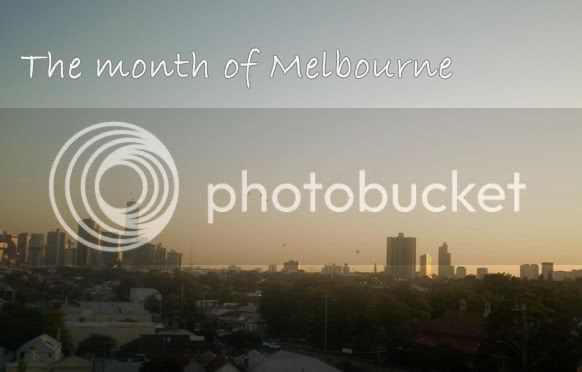 I've decided to dedicate this month to blogging about the amazing city I will soon be leaving.
It's the Month of Melbourne.
I have lived in eleven houses, in five towns, in three countries; Melbourne is without a doubt the best place I have ever lived; the Gold Coast is without a doubt the worst. New Zealand had its fair share of cons, but could never live up to the horror of the GC. Norfolk, England had its pros, but could never, ever, top Melbourne. I lived in New Zealand and on the Gold Coast for longer, but when people ask me where I'm from when I'm in Spain, I'll say Melbourne. I've only lived here for four years but it feels like home. Anyway, I'm going to post this now, before it gets too sentimental and I cry and decide that I don't want to move to Europe anymore. Blame the PMS, always blame it.
So, I wrote that this morning before work. Now I'm home from work and have had such a crap afternoon that I feel like complaining about Melbourne. Of course my tram line has to have some kind of problem which leaves me standing in the rain for almost an hour, freezing cold and tired. It took me two hours to get home from work. I spent longer getting to and from work today than I did actually making money. I hate you Melbourne. No...no, it's not true. I love you, I do.